The title of the exhibition combined with the powerful image of a rhinoceros in one of the large paintings included in this exhibition confront us with the ominous idea of endangered species — where the threatened existence of a single vibrant being implies the struggle for survival of a whole group or class of such beings on the brink of extinction.

Killed for their horns, the fate of the rhino is a familiar headline topic and conservation issue of our time. However, ‘The last of us’ exhibition concerns more than the survival of the rhinoceros. The artist recalls an almost prophetic slogan on a sticker from the 1990s: ‘Save the rhino, save the farmer’. Most of her work is devoted to a progressively broader understanding and interpretation of the idea of daily life on the edge, in harm’s way. In her work this exposure to life-threatening danger, menacing victims in countless forms, has become a pervasive feature of the land, its creatures and its people.

Her efforts are directed by an imaginative desire to render visible and thus to share the experience of fear and vulnerability, imaging exposure in extremis. The large painting with the image of a bulldozer metaphorically play on her abrasive approach to this theme. She works at ground level, down to earth, in the dirt as it were, scraping away in layers and scratching at coarse surfaces in order to expose what lies hidden underneath.

A number of works on the exhibition is based on film stills of the expressive face of John Malkovich from the movie Disgrace, the film version of J.M. Coetzee’s Booker Prize-winning novel of 1999. The artist constructed the exhibitions central work, an installation around images of the actor’s face from the film’s most harrowing scene where the helpless father is locked in the farmhouse toilet, powerless while his daughter is being raped.

The landscape paintings on the exhibition also convey a ‘last of us’ sense. Here it concerns the decline of the land itself into invisibility. Moving at speed in a vehicle, as the dilapidated milestones flash past us unnoticed, we nowadays have some last and unremembered, always fleeting glimpses of rural scenery, but we no longer see the land in close-up reality.

The two paintings depicting single human eyes are not eye portraits in the traditional sense of life-size eye pictures exchanged between lovers before the arrival of photo­graphy. In compact form they capture the moment of apprehension, fear or angst of the victim or the prey — human or animal — in situations of powerlessness and helpless­ness.

It is not Pauline Gutter’s intention to reduce the spectators of her work to frightened and terrified witnesses with eyes like these. She wants us rather to actively and imaginatively engage her images, to share together with her in the very human sense of vulnerability, care and responsibility. We are not her victims, but her partners in challenging the forces that threaten the continued existence and survival in justice of those that are powerless, exposed and at risk. 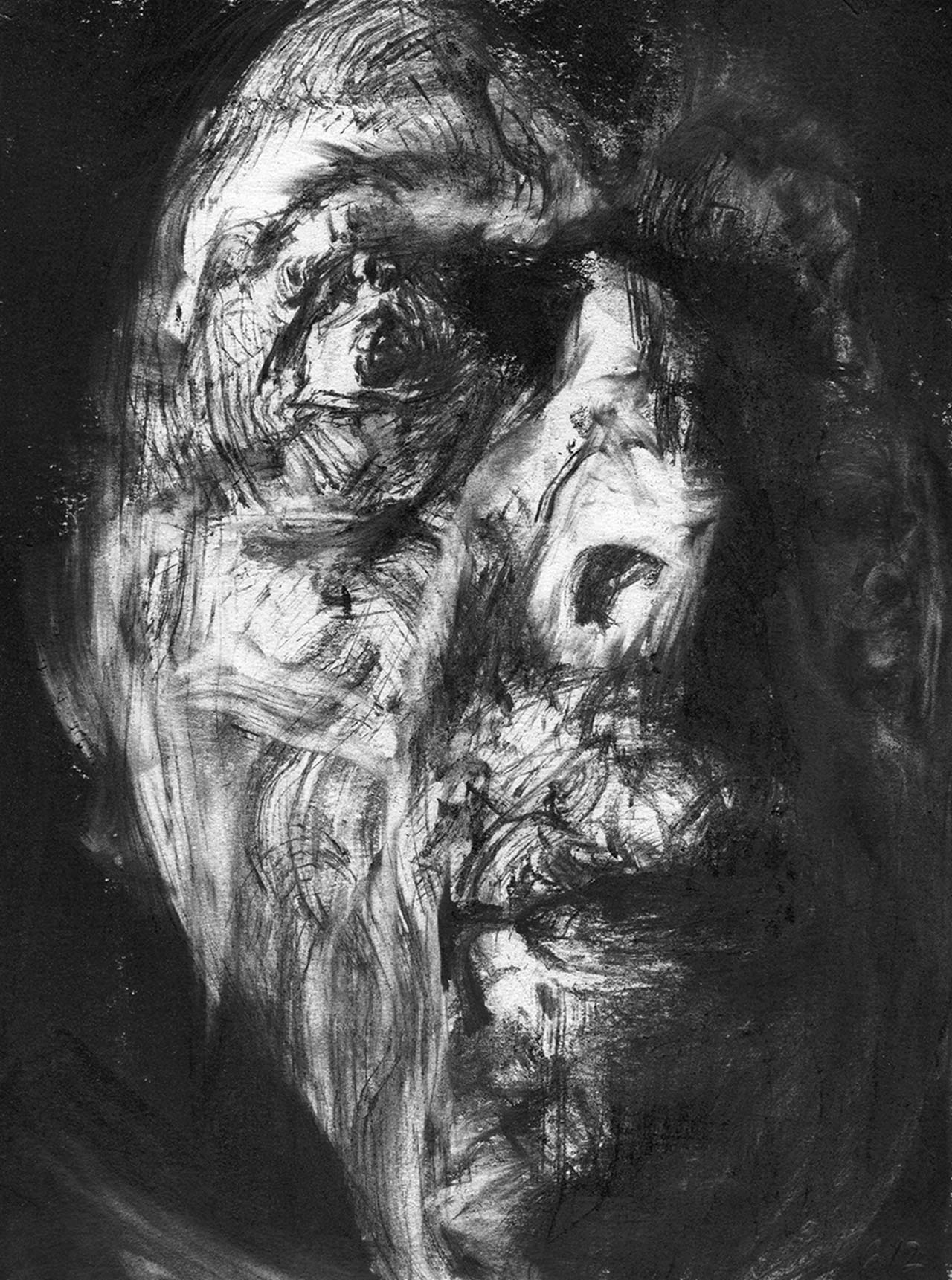 The Last of Us catalogue